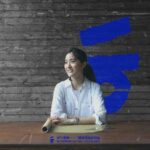 On this arduous island, the grass is withered for half of the time, and bright red signs, Wu(five)ying, are often seen in the  field. Wuying exists in every village in Penghu. Wuying is a symbol, a twisted legend whose meaning exists only in its name. Wuying suggests the protected area of the village. It originates from the ancient worship of nature, bearing the Five Element Theory. However, the nature-related origin was ritualized and symbolized in the process of immigration, becoming a subsidiary of Taoism. This contradiction leaves a foreshadowing for the design.

The five elements allude to the contradicting nature of matter, explicit and implicit meanings. For instance, water is soft and infiltrating, but on the other side, it might be like a knife, similar to the power of tides. Fire alludes to destruction, but on the other side, it might be the beginning of another life, a concept of growth. In Shui’an, the Five Elements have a new orientation due to its history and landscape. In the southern area, a large amount of rainwater will remain on the leaves of White Popinac. Such water can trigger a new cycle, in this place prone to drought. Landscape of Scarcity is a renewal of a village. With the double-sided meanings of the Five Elements, I reinterpret the symbolized Wuying, and renew places in the village with the relationship of growth/restraint, and make them a new whole. The new Wuying contains the beginning of life, faith, and the end of life.

In the end, the new Wuying is completed by the villagers together, and may need a new round of renovation over time. Villagers don’t necessarily care about the meaning behind it, but in a pragmatic sense, the new WuYing is no longer a symbol and instead becomes “landschaft”.

The design is divided into three phases: collaborating with team members on the interpretation of lines, constructing a circular base together, and generating individual structures that are connected on the circular base.

With the site being a canyon, along with pillars of circular walls in the center, the structure grows seamlessly downwards. From the path down towards the canyon, a structure emerges from the depths, with multiple platforms for Peter Pan to rest and take in the surrounding view. Different opaque and transparent platforms, allows for changes in perspective along with differences of light reflections within the structure.